The UK licence conditions seem fairly clear when it comes to the definitions of mobile and portable; however on deeper analysis it’s clear some degree of interpretation is needed. Following a recent heated (to put it mildly) debate on the dreaded Facebook, I thought this was a great opportunity to put my thoughts down in the form of a blog post. 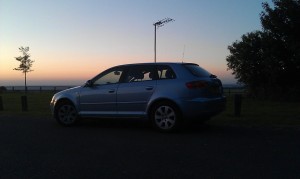 Firstly, identification of portable (/p), mobile (/m) and alternative (/a) are now optional.  However, when used, I believe we should use these in a consistent manner.  From the Facebook discussion it was also obvious many amateurs have been using these terms incorrectly for years and were now passing on their misunderstandings to newly licensed operators.

Note point 2: “Mobile means Radio Equipment is located … on the person … where the Licensee is a pedestrian”.

Given the definition of Mobile, the licence then explains:-

It is clear that the long held belief (by some) that /p refers to ‘pedestrian mobile’ or use of ‘portable radios’ is incorrect.  The older BR68 also contains similar wording;  this is not a recent change * (note: see update below).

Simple, right?  Only, apparently it’s not.  “So I’m mobile in a car, but what if I stop?” and “SOTA operations sign as portable even when using radios in backpacks, transported on foot”.

This is clearly where the confusion can be found.  Does anyone know when these definitions were changed to reflect the modern usage?

Any further comments?  If so I’d love to hear from you!

This entry was posted in Uncategorized and tagged alternative, identifier, mobile, portable. Bookmark the permalink.

5 Responses to Alternative, Portable or Mobile?